Check out this awesome and hysterical blog from Monthly Guest Blogger Jessica Latshaw about the benefits of losing control!

I Lost Control and Then I Found Something Better

I think good things happen not only when we lose control (because, really, when do we ever have total control?), but the best things happen when we lose our dearly held–albeit delusional–idea of our control over anything other than what exists between the crown of our heads and the soles of our feet.
How’s that for a first sentence? If it’s not long enough for you, I can work on it. 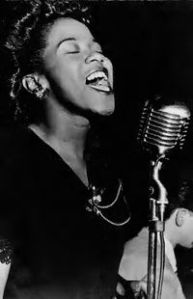 Somebody told me a story about Ella Fitzgerald. I cannot tell you if this is entirely true, because I was not there, but this is what I heard. When Ella went to the studio to record, her producer made her sing a song over and over again-to the point of exhaustion, even. It wasn’t until then that someone would finally hit record. The truth comes out when you’re too tired to pretend anymore. And there’s nothing so interesting as the raw, unguarded truth, was the point of the story, I believe.
(Tell that to someone who is belting, and they may very well prefer clarity of tone and pitch over interesting, but still.)

I work for a company called Fly Wheel Sports, teaching indoor stadium cycling to people who have big goals and the motivation to match. Oftentimes clients will tell me they perform better when they are exhausted and walk into a class with not nearly as much expectation on themselves because of it. They are shocked. But I wonder if it has something to do with the pressure being off and a sense of control being lost. I wonder if better things happen as a result of those two factors. 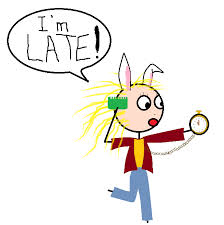 One of my best auditions came out of some of the worst circumstances. First of all, I was late. Not just I-am-not-there-to-sit-in-a-split-in-the-holding-room-with-headphones-on-an-hour-before-they-call-me late. I mean, I literally was not there when the audition started. The casting director called me, “Where are you?” she asked, concerned.
“On the train–it’s delayed and I will be there as soon as humanly possible.”
I had come to the conclusion that there was nothing I could do about the train being delayed and the fact that I was still on the other side of the Lincoln Tunnel while my competitors were dancing for the director I wanted to hire me.

Finally, I arrived. I heard the music, but I couldn’t help it–I HAD to go to the bathroom. Yep, my belly was not feeling so well and it chose that moment to decide to move things around inside.

I was already late–what’s a little bit later? I decided.

Then I got my period.
(I am sorry, but that is a part of this story, and to leave it out would be an injustice to the art of story telling.)

So I did what was necessary (the art of story telling sometimes demands certain details be left out, too, you know), and finally walked into the audition room. I threw my heels on and without so much as a stretch, started doing whatever the choreography demanded of me.
Somewhere between my train getting delayed, getting sick in the bathroom, and getting my period, I decided to let myself off the hook in terms of HAVING TO GET THIS JOB. I decided I have no control over most things–and what I do have control over, well, I can only do my best.

They made a cut and told me to please come back and sing when they call my name.
So I went back to the bathroom and composed myself.

Which is when I saw it.

The thing about getting your period is that you use certain tools to keep yourself clean.

The thing about being a dancer is that you sometimes wear a leotard and just fishnet tights to auditions.

The thing about those certain tools is that they tend to have strings.

The thing about fishnets is that they tend to have holes.

I noticed with horror that a string was actually threaded through my fishnet tights and sticking out the other side in a most unseemly and untoward manner.
In short: I was mortified.

While hiding the embarrassing evidence of my femininity, I couldn’t help but laugh over the whole situation. Late. Sick. Unexpected time of the month. And then my tampon string literally threaded through my fishnet tights and out the other side–all this while I am doing high kicks just a few feet in front of the whole production team.

I tuck the string away and walk back into the room. I sing. Then I read a monologue. I realize that I don’t have a say over whether or not I get the job, but, man, at least I am very alive and at least I am doing my best and life is more fun when the pressure is off, anyway. Plus, there is a part of me that is standing back, analyzing the situation, and realizing that this will make a good story.

I finally finish and start the journey back home. Which is when I get a call from the casting company.
“You got the job!” they say, “You’re our Kristine in A Chorus Line–either here in New York, or the 1st National–whichever opens up first. But the production team wants you.”
I thank them. I can’t help but smile, laugh, and cry a little. The role of Kristine is a somewhat neurotic and quirky role; if they saw the tampon string, it only helped my case.

But the point is, there is a freedom that comes with realizing that none of us are in total control. That we all just do our best in the moment. We take whatever we can grab within our very finite reach and we make something. Dear God, we hope that something is good. We really hope that something makes money. But it’s what we do, over and over again, and the more we do it, the more we realize it is imperfect, hardly ever according to plan, and sometimes even better than we could have imagined. 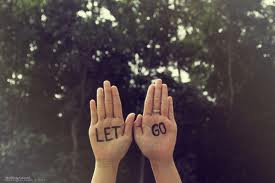 But no, it never really involves us being in control of the situation.
And maybe that’s when the truth comes out; which, as someone told me, is way more interesting than a carefully composed lie, anyway.

Jessica Latshaw is a monthly blog contributor to The Broadway Warm-Up blog. For more information on Jessica go to: www.jessicalatshawofficial.com

The Broadway Warm-Up: A Completely Synchronized Vocal and Dance Warm-Up that can be completed in under 30 minutes Now available on DVD!